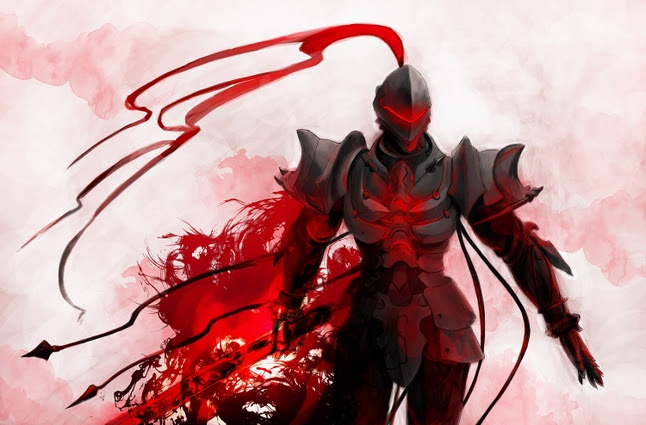 When it comes to the end, red knights are men, just powerful, dangerous men.  Their armor is enchanted, their blades too sharp and swift to not be, and their aggressive unyielding manner a terror.  But they fight fairly once engaged, following some code of chivalry, and will even wait for an opponent to reclaim a fallen weapon before setting on them again.  While not inherently evil, red knights are known to associate with Mind Wizards, and like them, their lair or home is unknown. 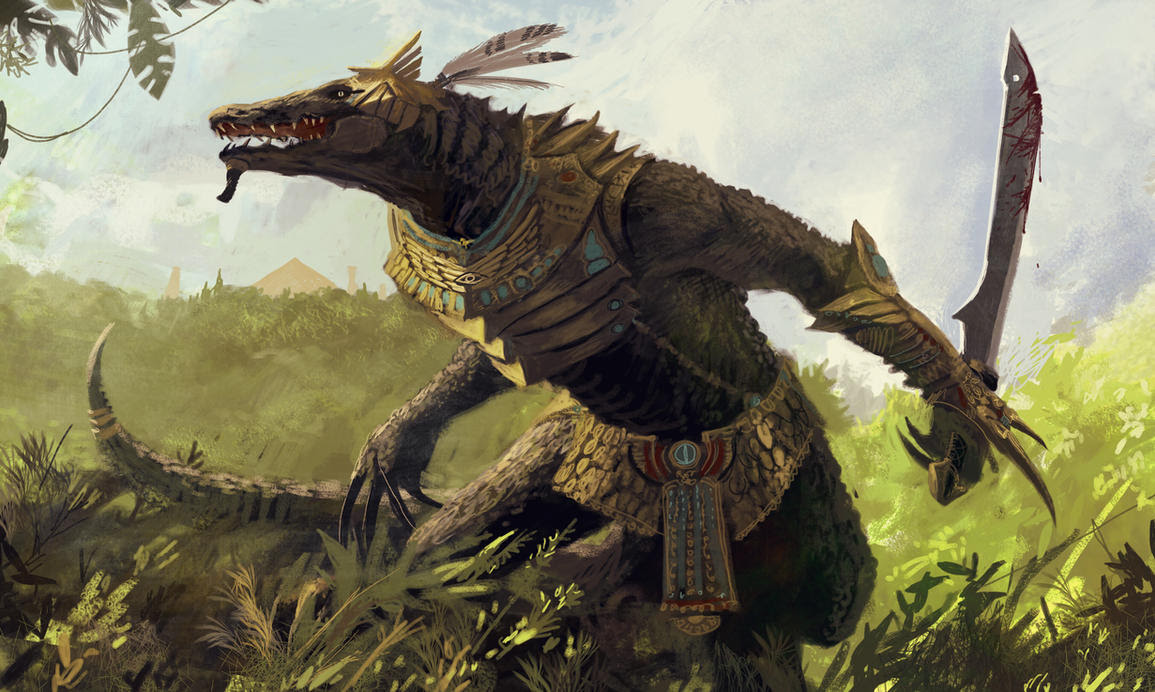 The brutal and barely civilized lizardmen and the mutant half-snake half-man Yauni are known collectively as the Folk of Scales.  Lizardmen squat in crude villages among the swamps and wetlands of the world hunting everything for both food and blood-soak rituals dedicated to their scale-and-feathered god Quetz.  While a few can be communicated with from time to time, they are untrustworthy allies and hunger for the flesh of mammals (which includes the PCs).  The lizardmen war amongst themselves as well - bloody feuds between tribes that no outsider can distinguish have lasted for generations.  They are immune to poisons, but because of this they have some of the most deadly poisons at their disposal.  Even a small wound from a lizardman should be carefully examined.

The Yauni are a strange breed of man-and-snake, their forms mutated and variable.  Some are entirely human save for serpentine eyes, while others have fanged snake heads, and others writhing coils instead of bodies.  Living on barges and boars along the swampy coast, the Yauni have a strange and revered place among Galresian society - providing drugs that provide visions and ecstasy.  They trade in dark magics and are thought of as prophets and blessed by the gods.

They are a constant and seedy side to society that brings little other than ill omens.  They are not friends of man, but coexist (at least within their place).  Perhaps it is the drugs, maybe the prophecy, or possibly the magic that keeps them tethered to human society. 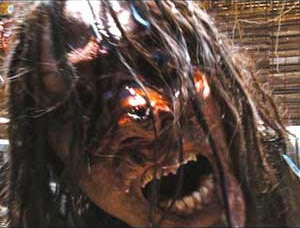 Men so filled with the rage of battle they have lost what little aspects of humanity they may have once had.  Wearing leather armor made from their human victims and wielding whatever cobbled and looted weapons they can get their hands on, berserks roam in packs and lust for blood and battle.  They cannot be dissuaded from their course of violence and yammer only about death to their enemies ... which appear to be everyone.

The berserk are hollow men - humans who have let the dungeon into their mind to swarm and devour and direct.  They are filled with hate and delight in not just battle, but the bloody humiliation and bodily destruction of their foes.  The darkness of the dungeon has turned them into monsters.

Some file their teeth to points, others drive bone fragments into their flesh to be "more brutal", many have scarred themselves in strange patterns, and almost all of them are covered in "dungeon tattoos".  These strange markings appear to be some sort of black fungus that grows in sharp, swirling patterns just under the skin.  The eyes of a berserk are just as often rheumy and blind as they are red with unblinking hate.