End of a Campaign

I haven't posted in months because I've been working on the BXDH Rules (more on that in a few posts I suspect) and because I've been preparing to run what I was hoping to be the Most Epic game of my GM career.

The Worldgod Campaign spanned 8 years and 4 game systems.  Dozens of characters died.  Numerous players came and went.  In the end, though, the four players that were there for the majority of the campaign were there for the final session.

Here are some pictures from the final battle.

The World God Revealed In His Prison 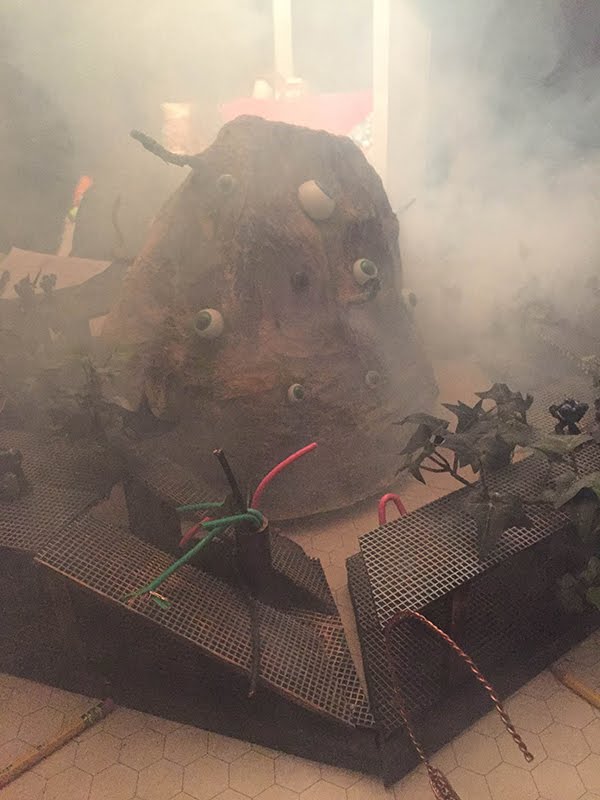 The Fog Clears for a Moment 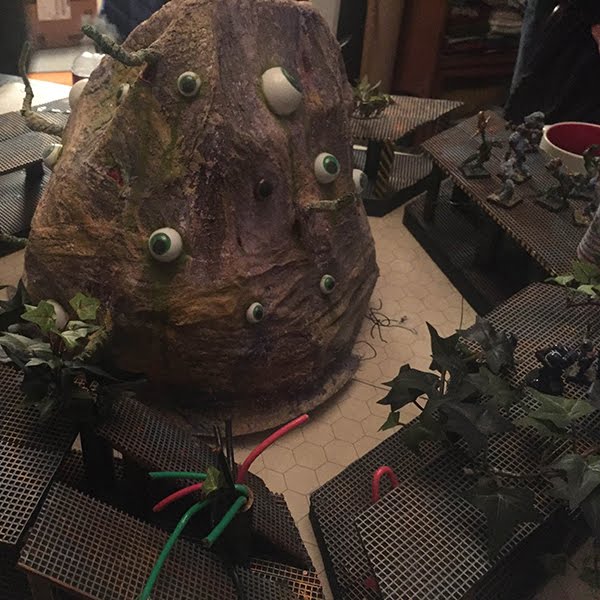 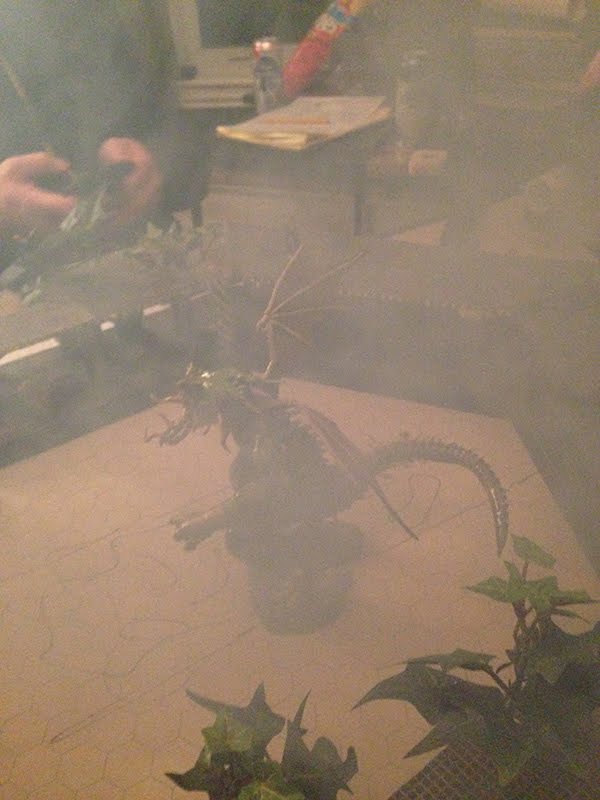 Clarity Does Not Bring Comfort 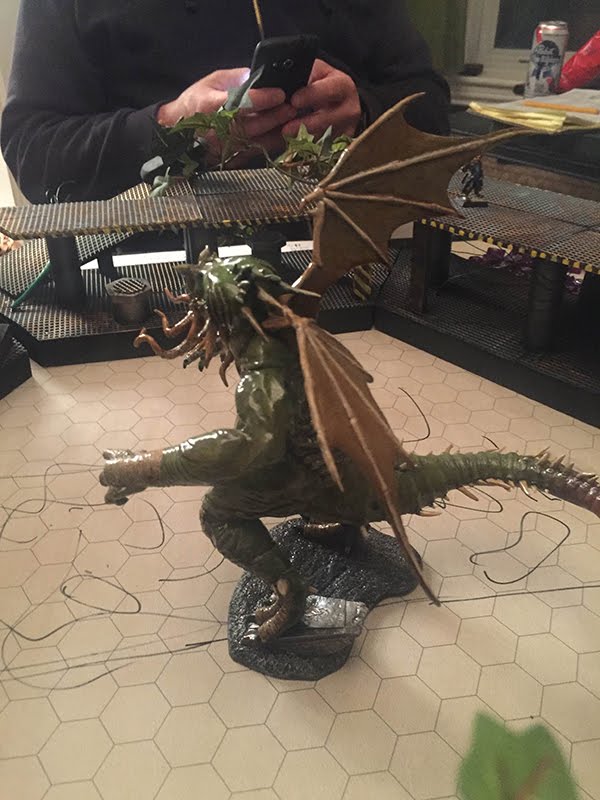 The Final Blow: Yurg Backstabs a God with a Critical Hit 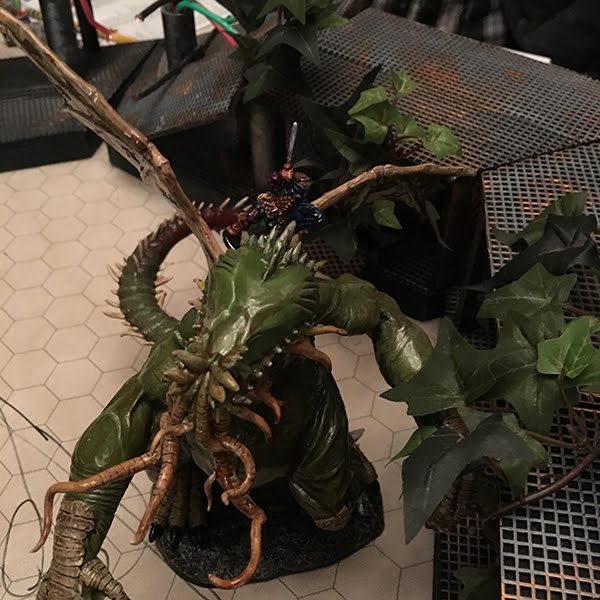 It was a sublime game. Highlights from the end: