Places of Adventure: The Bloody Forest

I love random generators as inspiration - no doubt about it. I've also been rocking the point-crawl with my players and it has been fantastic. This area does not exist in my campaign right now, nor may it even, but I wanted to post up an example.

Starting here: http://meta-studios.com/dg/dungen.html we get this point-crawl map, which is a perfect start to a location ... which I shall name the Bloody Forest! The meta-studios site is definitely one of my go-to places to get things started.  The site provides much more detail, but I'm really in it just for the maps.

Next up, I run Tablesmith with the tables I've been creating.  They are looting from TONS of different sources as well as plenty of material that I've written up myself. If you use lots of random tables but don't know about Tablesmith, go check it out. This is some of the best money I've ever spent on software!

Looking at the area theme, the Bloody Forest, each Location gets a new name to scribe it and the map gets adjusted.

Thick lines heading away from the locations indicate connections to other Areas, the red line means there is some sort of a major dungeon.

I don't know where these lead yet, but likely to other forest locations - this Area seems like part of a much larger forest Region.

The Bloody Forest has many strange things haunting it because of the Endless Tower of Worlds. That junction point has been the source numerous things from other worlds, dimensions, and planes entering Eradu. The forest was once a peaceful sylvan location, but the now-sentient former inhabitants are at odds with the current residents.

From glaning at it I can see a few dungeons and tons of NPCs waiting to be interacted with.  How does the Spider Knight feel about Nicodemus, the mangy old lion who runs a small tavern he uses to poison and kill travelers he feels are making things worse in the world?  How fucked up are the closed silver mines that stumbled onto an area like the Valley of Kings ... but for vampires and worse?

With that written up I've got a couple of Factions, some fun themes to work with, and a reason for some of the super weird shit happening. Also, this is going to be fun to put together.  I'll create separate posts for the different Locations and their just waiting to burst out.
Posted by Dale at 1:47 PM No comments:

Two Session Reports in one post? Again?  Yes ... and we are playing tomorrow

Session 9: The Tower & the Rain 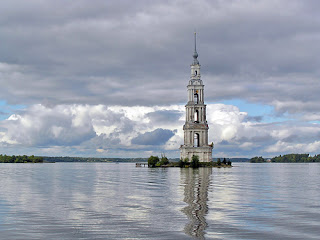 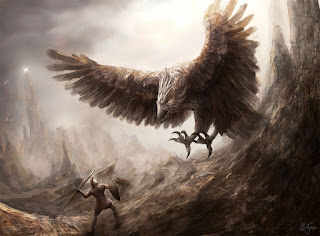 The Action
Also, Phi has recovered his memories of being a paladin and Freddicus is an Archaeologist (Indiana Jones style, of course). FUCK YEA!